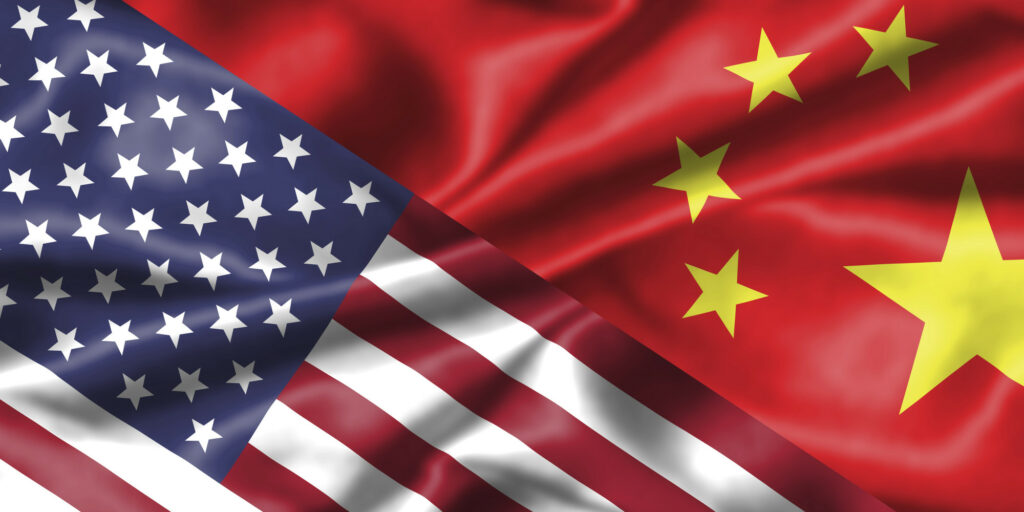 The trade war between the U.S. and China seems to be escalating lately—but is there any way of telling who’s winning?  A recent article on bloomberg.com provides a scorecard of sorts, and the news isn’t good for either side.

One way to measure victory is to look at the size of the trade deficit that the U.S. is running against China.  China is still maintaining a high surplus, But the article notes that in March, the gap was the narrowest in three years.  So if you believe trade deficits are harmful, this can be considered a narrow victory for the American economy.

Another way to keep score is consumer prices.  Tariffs drive up prices on both sides of the Pacific; American tariffs cause American consumers to pay more for Chinese products, and Chinese retaliatory tariffs raise prices for Chinese consumers on any American exports they buy.  The article says that the price of items on U.S. store shelves in seven tariff-hit categories went up 1.6% since last July.  On the Chinese side, higher tariffs on U.S. imports have had little effect on Chinese consumers because many of them are industrial inputs, rather than end-use products—things like soybeans, gold, liquefied natural gas, cotton and liquefied propane.  Some of the newly-tariffed Chinese imports are used to manufacture products which are then shipped to the U.S., where they experience further tariffs that are paid by U.S. consumers.  This is a clear victory for China.

What is the impact on each nation’s currency?  The Chinese yuan has weakened 7.5% against the dollar, which benefits Chinese exporters by making it easier for them to absorb some of the hit by U.S. tariffs.  But if the yuan gets much weaker, it could force the Chinese government to spend some of its reserves.  The article calls this one a tie as well.

How are tariffs impacting each country’s stock market?  Since the start of 2018, Chinese stocks are down almost 14%, while U.S. share prices are up 6%.  America has—so far—won this category.

Another measure is economic growth.  Both U.S. and China are experiencing signs of GDP weakness in recent weeks, but China’s industrial output, retail sales and investment all slowed in April by more than economists forecast.  The U.S. is experiencing weaker retail sales, and factory production fell for the third time in four months.  The article gives a narrow victory to the U.S.

The bottom line?  The U.S. is ahead in some ways, while China has an advantage in others.  But ultimately, consumers in both countries are paying the price of the war.  There are no winners; what matters is which side loses more.

All Posts »
PrevPreviousWith an Inverted Yield Curve, Is it Time to Worry?
NextThe SECURE Act Will be Making Some Tweaks to RetirementNext